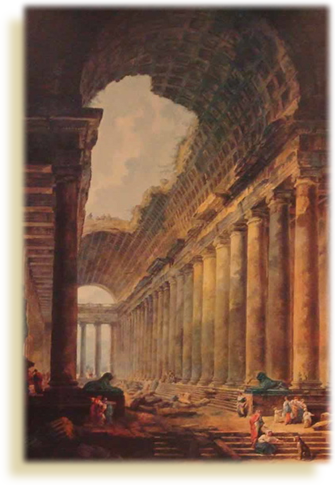 Freemasonry is the oldest and largest fraternal organization in the world today. It has over four million members worldwide with over one and a half million members in the United States. Its vision has been and still remains: A global fraternity united in building a better world.

The roots of Freemasonry can be traced back thousands of years to some of the earliest societies of men. However, Masonic lodges of today can trace their form of organization back to the operative or Freemasons of the Middle Ages who were responsible for the design and construction of the many magnificent buildings of that period. It became common practice for groups of these Freemasons to organize themselves into bodies called lodges, and, in turn, to establish a tiered training program for those who were selected to enter the profession.

In later years they began to admit into membership men who were not practical builders but who were interested in the moral, ethical, and philosophical teachings of the craft. These men became known as speculative or accepted Masons. From this evolved the term Ancient Free and Accepted Masons or A.F. and A.M. Over time the membership composition of lodges slowly changed from operative Masons to that of speculative Masons.

Thus, the Masons of today are speculative Masons. They employ the tools and customs of the operative Masons but in a symbolic manner. They are builders in a symbolic sense – builders of a brotherhood of man under the Fatherhood of God; builders of righteousness, good will, and charity. An inscription often seen in many Masonic buildings is “Freemasonry builds its temples in the hearts of men.” Consequently, it is the goal of Freemasonry to take good men and make them even better men through the principles and teachings of this Gentle Craft. Thus employing the tools and customs of Ancient Craft Masonry allegorically, Masons of today band together for building not structures of stone but men of character.

Masonic lodges of today generally have a diverse membership composed of adult men of all ages, races, walks of life, and cultural backgrounds. A man who desires to become a Mason needs only to petition a lodge for membership. A diligent inquiry is made into the background and character of every petitioner for the Fraternity receives “none, knowingly, into its ranks who are not moral and upright before God and of good repute before the world.”

Freemasonry is religious in character but it is not a religion nor is it a substitute for or a rival of any religious faith. However, a petitioner must possess a belief in the existence of a Supreme Being for no atheist can become a Mason. Freemasonry is not opposed to any religion but encourages and strengthens its members’ beliefs and participation in their own religious faiths.

Freemasonry is not a secret organization but an organization with some secrets. In essence, only its ritual and certain modes of recognition are really the only secrets of Freemasonry. Its members openly acknowledge their membership, and its buildings are clearly identified. The ideals and purposes of Freemasonry have been openly stated in over 200,000 published works.

Masons can take great pride in the many ways their Gentle Craft has reached out to meaningfully touch the lives of others. Freemasonry is truly the Fraternity that cares. Charity is a fundamental principle of Freemasonry and is evident through its support of a variety of worthwhile causes. Masonic philanthropy in the United States amounts to over two million dollars per day with most of this going to the general public. However, Masonic caring goes beyond that of financial giving. The care and concern shown by Masons toward those in need of assistance is truly heartwarming and demonstrates how, in one way, the Fraternity is positively affecting the lives of others.

In whatever ways our society has changed or will change in the years to come, the Masonic Fraternity, through its fellowship, compassion, and concern, will continue to find ways in which to serve God, country, family, and others. This is the purpose of Freemasonry for as in the past the Fraternity exists today and will exist tomorrow not only to improve the quality of life within and among men but also to be a greater force for the betterment of our society.