Highlights in the History of Mosaic Lodge No. 125

On March 25, 1858 thirteen Masons from Dubuque met to form a new Masonic lodge within the community. Under the laws of the Grand Lodge of Iowa, this new lodge was initially classified as a lodge under dispensation. On June 2, 1858 the Grand Lodge issued a formal charter to Mosaic Lodge, and on June 10th the Lodge was formally constituted and its officers installed. William H. Gaines was elected and served as its first Worshipful Master. The first meetings of Mosaic Lodge were held in a building which was located on the southeast corner of Fourth and Main Streets in Dubuque. The by-laws of the Lodge specified that the stated communications of the Lodge would be held on the second Tuesday of every month, and this day has continued to remain the same up to the present time. Initially, Lodge dues were set at fifty cents per month while initiation fees totaled thirty dollars.

With the commencement of the American Civil War in 1861, several members of the Lodge answered the call to duty and joined the ranks of the Union Army. One member, Francis J. Herron, eventually rose to the rank of major general and was awarded the Medal of Honor for gallantry during the battle of Pea Ridge in Arkansas. The Lodge also had a German nobleman as a member during this period. 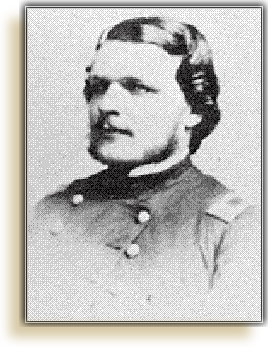 Baron Karl Schaefer von Bernstein had come to the United States because he had become disenchanted with the aristocratic nature of his native land and was impressed with the spirit of equality and the democratic society he saw in the United States. He also joined the ranks of the Union army but unfortunately was killed during one of the battles of the war. Since the Civil War, various members of the Lodge have continued to serve their country during all of the major wars and conflicts in which the United States was involved.

Since its formation, the membership of Mosaic Lodge has been composed of adult men of all ages and from a wide variety of professional, educational, religious, and cultural backgrounds. Over the years its membership numbers have fluctuated due to various factors. Certain traditions and practices have also changed over the years. In its early days, stated communications of the Lodge were opened on the first degree, then on the second, and finally on the third. Eventually this practice was changed so that the Lodge would be opened on the degree in which the business of the day was to be conducted. A tradition of passing out cigars at the close of every meeting was discontinued in the 1930’s. 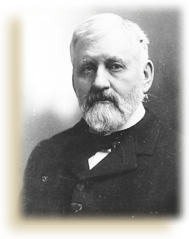 The location for meetings of Mosaic Lodge has changed four times since its chartering. In 1870 the Lodge moved the site of its meetings to a building located on the northwest corner of Fifth and Locust Streets. Twenty-five years later the Lodge again moved its meetings to a building located on the northeast corner of Tenth and Main Streets where the Masonic square and compass can still be seen at the top of the former Interstate Power building. In 1905 the Lodge moved its meetings to the site of the former First Presbyterian Church located on the southwest corner of Eleventh and Locust Streets which is now the location of the new addition to the Carnegie-Stout Public Library. For many years the various Masonic bodies in Dubuque had desired to jointly construct a new building. This eventually led to the construction of the present Masonic Temple located on the southwest corner of Twelfth and Locust Streets. Since the Temple’s dedication in March of 1932, Mosaic Lodge continually held its meetings at this site until October of 2021.  Since that time, the Lodge has met at the Oxus Grotto Building in Asbury.

Over the years several members of Mosaic Lodge have served as officers of the Grand Lodge of Iowa including three who were elected to the office of Grand Master of Masons in Iowa – the highest honor that can be bestowed upon a brother within this Grand Jurisdiction. Joseph Chapman was Grand Master in 1873-74, R. Harry Muellich in 1977-78, and Edwin D. Blinks in 1992-93. In addition, D. Keith Robertson was Grand Treasurer in 1995-96 while Melvin A. Reynolds and Brian P. Carroll were Senior Grand Stewards in 1984-85 and 2013-2014 respectively.

Mosaic Lodge learned in 2003 the final details of being a beneficiary of the will of the late Brother Warren A. Schenck. The will left $655,000 to the Lodge, and it further stipulated that these funds could only be used for religious, charitable, scientific, literary or educational purposes. The Lodge decided to create an endowment fund from which only investment income could be used to award grants to qualified non-profit organizations and scholarships to graduating seniors from Dubuque Senior and Hempstead Senior High Schools in Dubuque. A local financial institution was selected to manage and invest the funds received from the Schenck estate. Since the inception of the grant and scholarship programs in 2004 and 2005 respectively, the Lodge has of December 31, 2020 awarded 217 grants to non-profit organizations totaling $264,907 and a total of $129,000 in scholarships to 74 graduates. The Lodge is deeply indebted to Brother Schenck for making these grant and scholarship programs possible.