Due to its pending dissolution, Mosaic Lodge No. 5028 at a meeting held on October 18, 2013 voted that these Mosaic tiles should be given to Mosaic Lodge No. 125 in Iowa in view of the long standing friendship between the two lodges.

The mosaic tiles were originally given to Mosaic Lodge No. 5028 by a member, Brother W.T. Henn.  He was a jeweler and ran a shop in Wolverhampton.  It is not known who made the pieces, but they were probably created in the mid-1800s.  It was usual for the wealthy during this period to go on “A Grand Tour” around Europe and re­turn with items such as these mosaics.  In due course the family would dispose of these items.  It is not surprising then that Brother Henn, being a jeweler, would come into pos­session of such an item.  It should be noted that the tiles are comprised of 2,500 indi­vidual pieces per square inch.

The mosaic tiles were presented to the Lodge in 1949 which was twenty-one years after the consecration of the Lodge in September, 1928.  Thus the term “coming of age” of the Lodge. 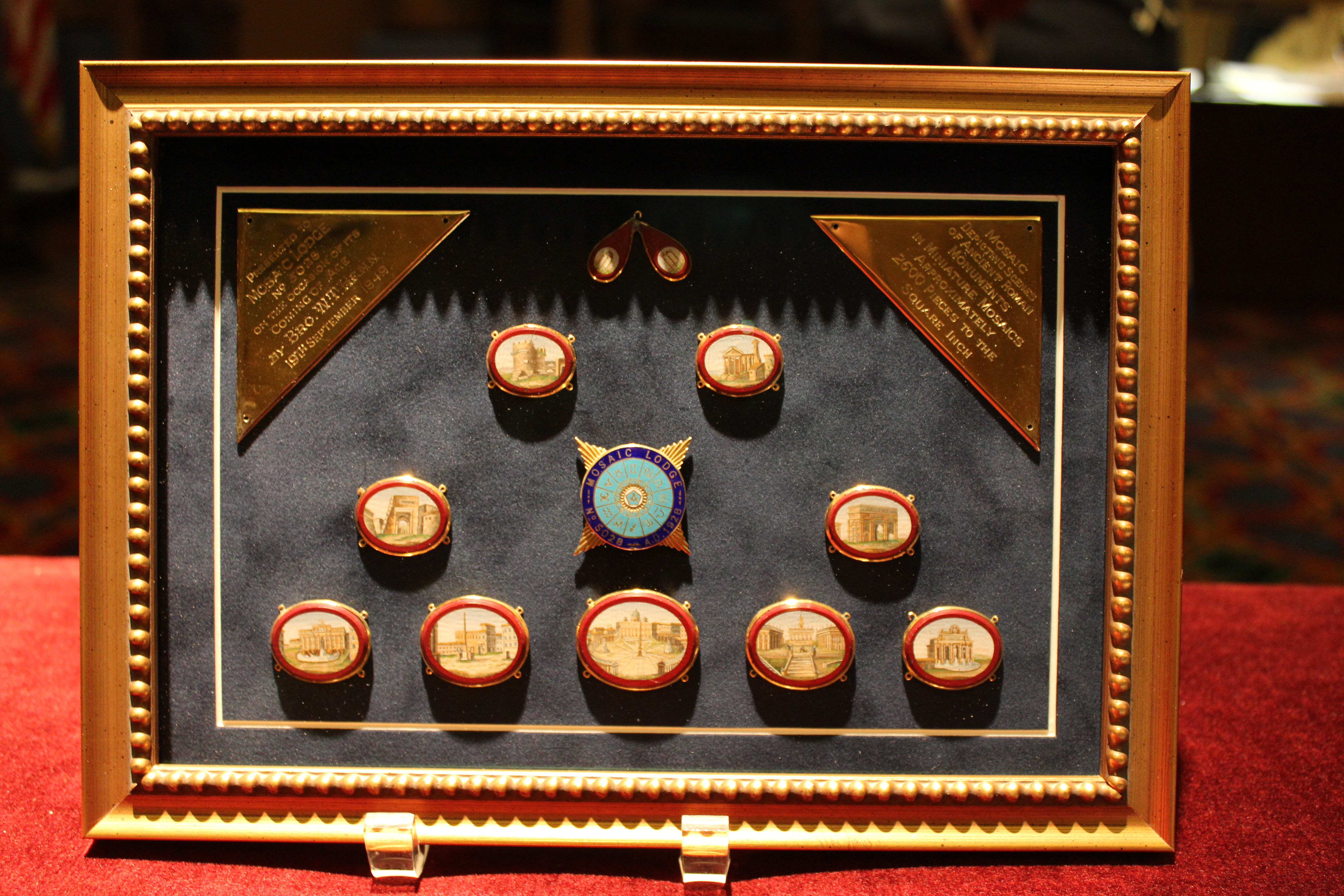 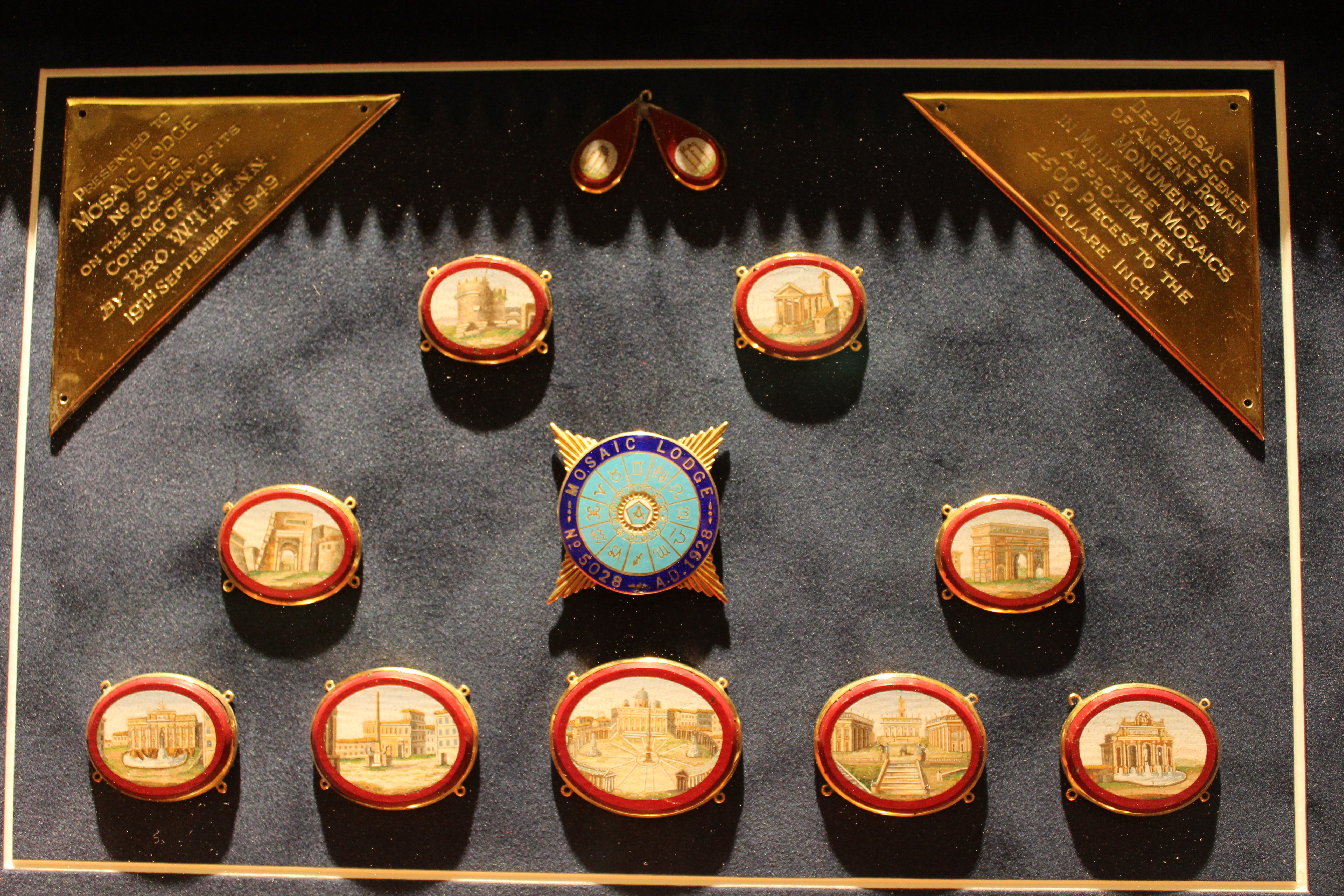 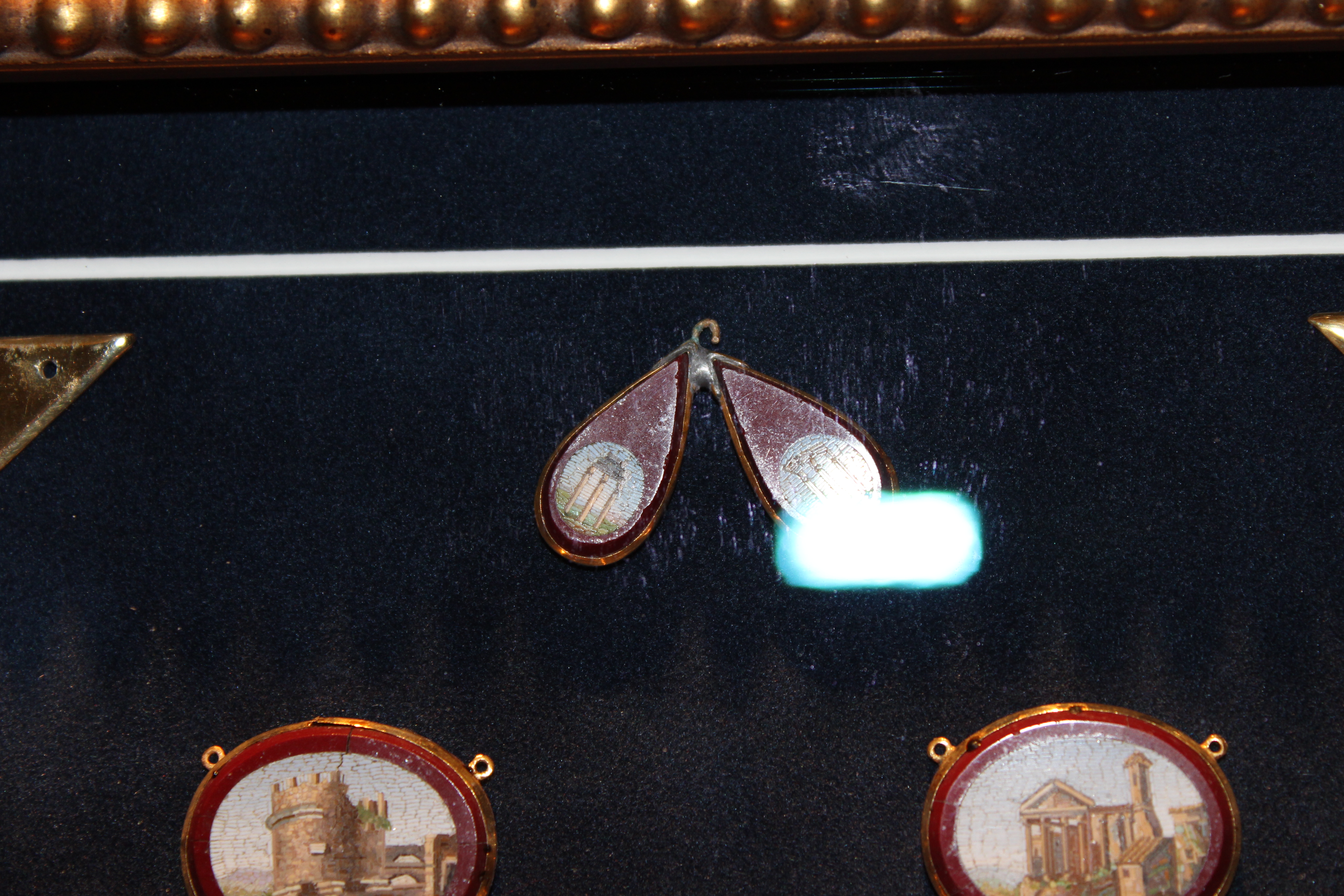 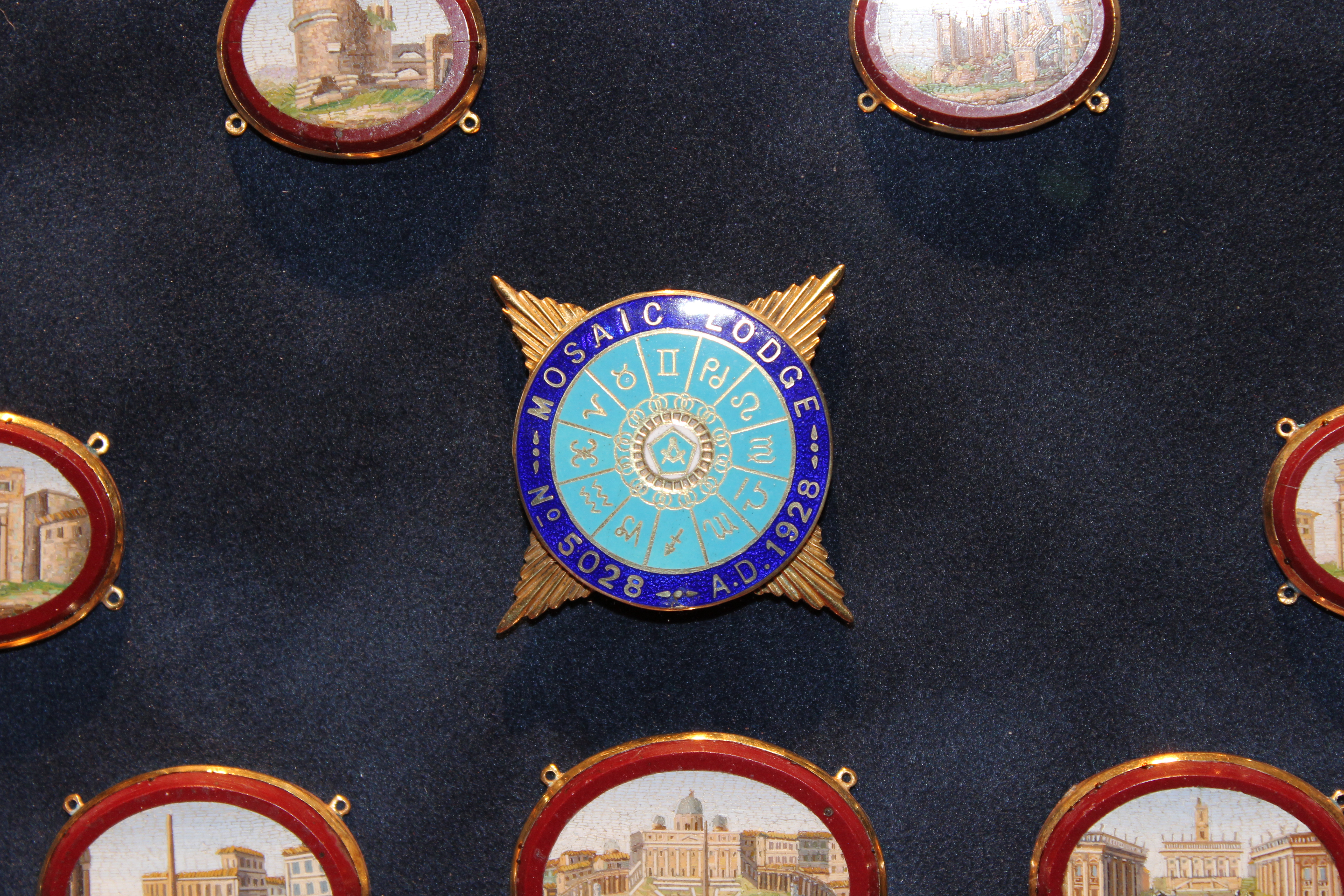